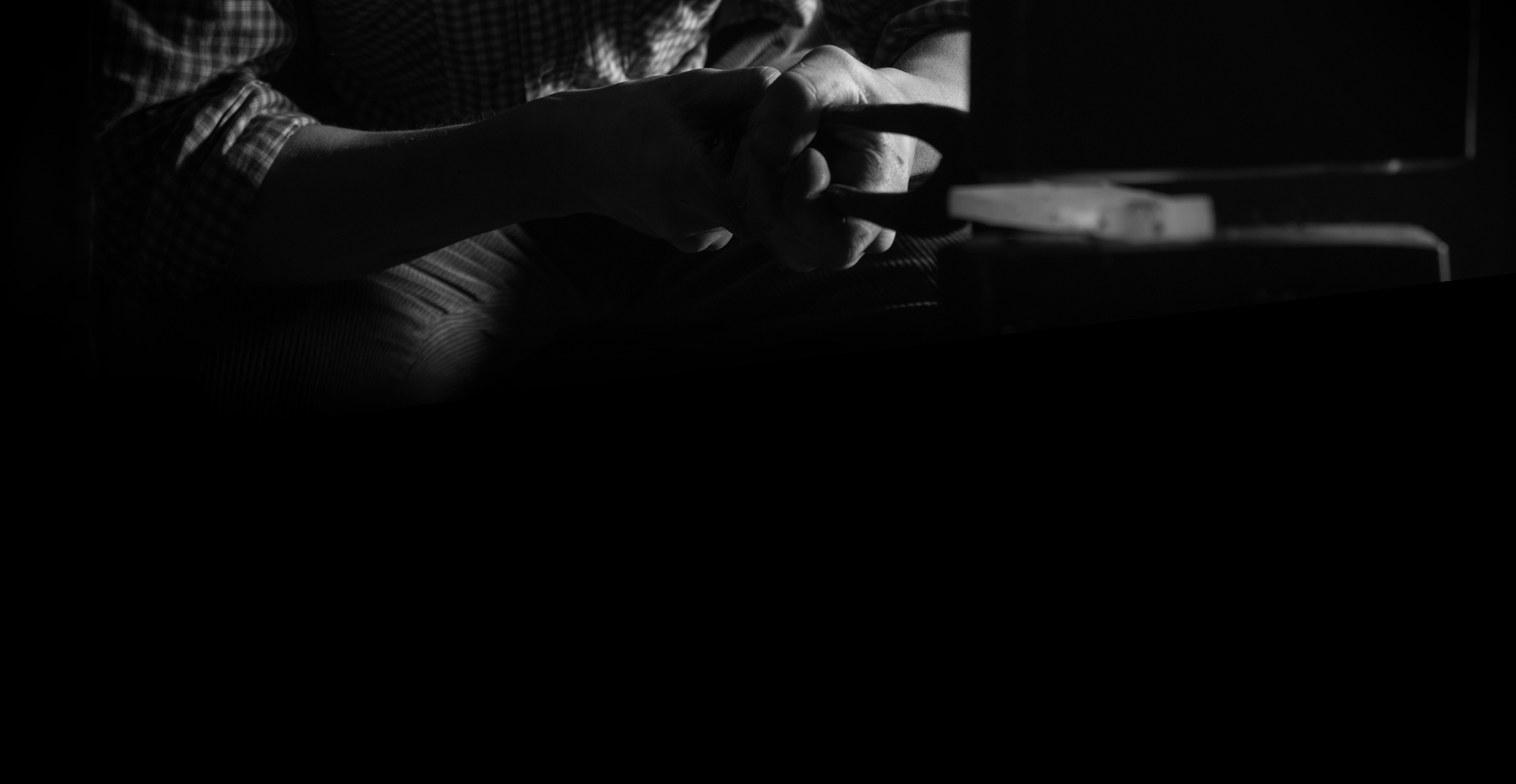 the history of the forge batafier di campagna, is linked to those men who gave birth to the town of maniago in the 15th century, creating an economy based on the art of shaping a piece of iron. the blacksmiths, with skillful steps and ingenious though rudimentary tools, have been creating cutting objects for centuries.

antica forgia lenarduzzi is the last along the irrigation ditch which from the 15th century until the 1970s powered about a dozen forges now in disuse.

the battiferro di campagna has been the home of the lenarduzzi family for centuries, and secrets and techniques of forging and tempering steel have been handed down from father to son: someone taught the craft to celeste who bequeathed her art to giuseppe, marino’s father. marino was the master of his sons ferrando and romeo, from whom i myself learned the blacksmith’s job.

antica forgia lenarduzzi is intended as a tribute to the people who have dedicated their lives to this hard and exhausting job, working intensely without still enjoying the right recognition. the lenarduzzi’s represent the “anonymous” inhabitants of maniago whose work has been a source of pride for others.

the forge, a dark room, hot in summer and cold in winter, has tempered and kept within its walls those men who out of necessity, love and passion have been going on “forging” (* 2) with the skill of the past; in a historical moment in which values ​​are rare, they have managed to keep alive the history that made my small village known all over the world; this is the reason why i wanted to dedicate the name of my small company to the lenarduzzi family and my hometown.

the tools i still use every day are among the most fascinating things. every tool boasts a centuries-long history, a friulian dialectal name. over the ages, whenever it was required, a new pincer was forged, a new forged steel pin was then placed next to those which had been forged by the ancestors.

on the floor, near the mallet, under the anvil, there are dozens and dozens of pins that seem insignificant pieces of iron; some are actually centuries old, and i still use them to puncture incandescent steel. each has its own purpose, its own phase, a precise moment when it must be used. only those who frequently use them are able to find out – among the slag and dust – the four pins necessary to make the hole of that special tool.

the forge is a real still functioning museum powered by water.

the ditch of maniago was dug centuries ago, in order to make the blades spin, thus setting the wheel in motion. the latter than transmitted the movement to the mallets and wheel (the traditional large grinding wheel to sharpen).

when the water is conveyed to the turbine from inside the forge, a long “pin” that crosses the rooms starts spinning: this is how every old machine is put into operation by means of a “cenglon” (belt).

at the ancient forge everything still works like this.

the art of the maniago blacksmith still refers to the ability of the person in the village who had the task of “pulling” the mallet. although presenting its difficulties in use, the hammer minimizes the possibility of error and consequently to throw away the workpiece, something unacceptable until fifty years ago. shortly thereafter, with the mallet called “testa d’asino”, they tried to overcome the slowness of the hammer and anvil forge; at that very moment, the person at the core of the forge came to light: the one who “forged” best, fast, with precision and without making mistakes. new different techniques and steps were born, along with specific pins for various phases and each blacksmith selected one or two people who could forge the pieces for other blacksmiths. the latter would then polish, quench and finish the tools.

the old mallet, which weighs about 75 kg, is not easy to control by force; you need to predict the speed and reduce or increase it, depending on the need for a strong or light blow. the foot is almost never stationary and learns over time to make the hammer run faster or slower.