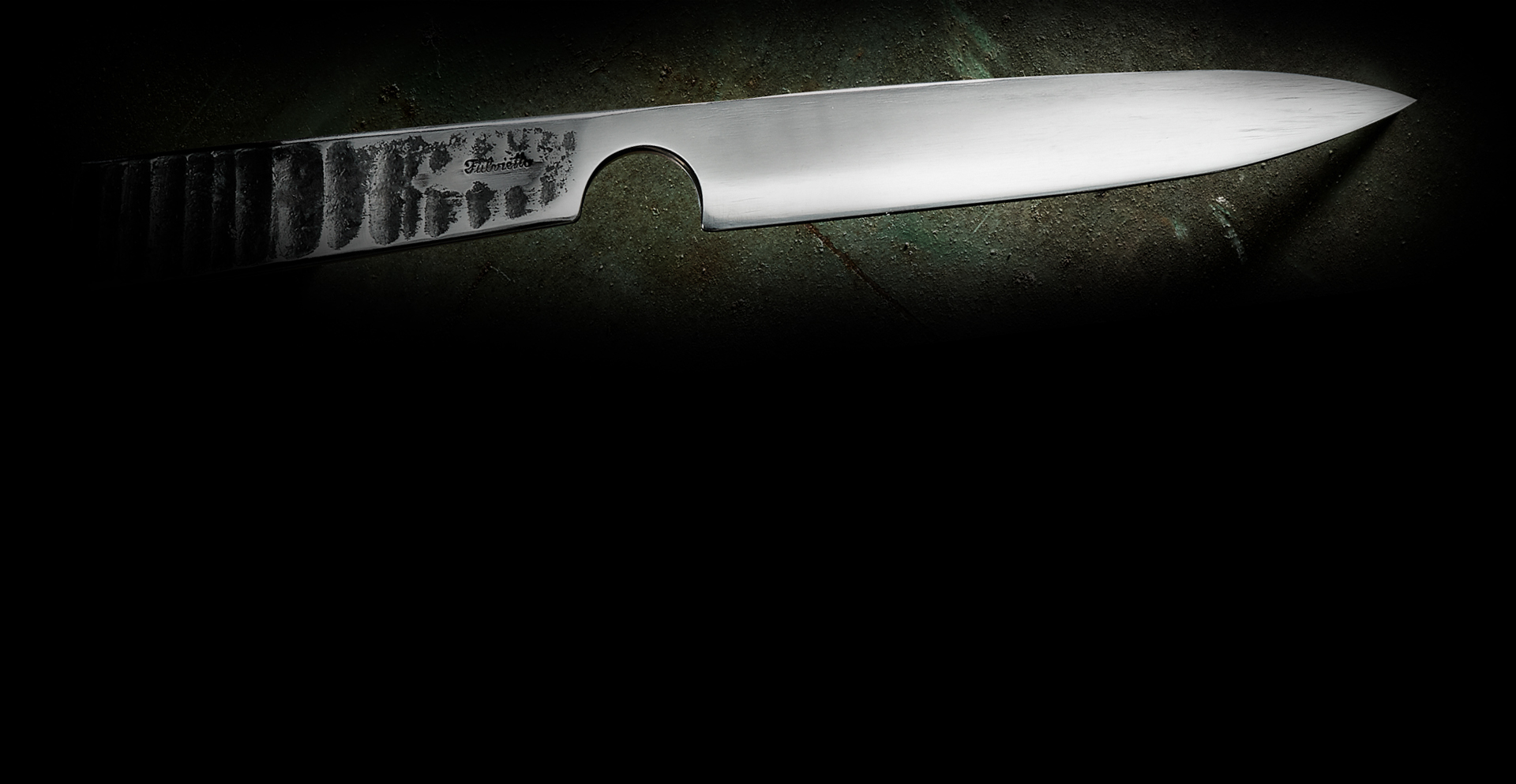 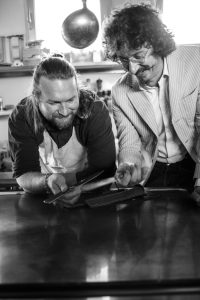 they didn’t meet by chance. they were meant to meet, or more precisely, to clash: like two opposite worlds that generate order from chaos.

michele was descending from his mountains with a snowy mespilus timber on his shoulder, when he received a message from an unknown number. the name sounded familiar, full of suggestions: fulvietto pierangelini.

michele didn’t know him in person, only by his reputation. he could feel that this encounter would be special, because he was a man of the forest and of the sea, of fishing and hunting, of blades that used to challenge tree trunks and to caress fish scales, but fulvietto was far better than him in the knowledge of the sea: maybe the most sensitive cook-fisherman of the italian peninsula.

the encounter, that happened shortly after, could only generate a universal knife, particularly suited for filleting fish, but not just that. the handle is made of snowy mespilus wood, in memory of that unique moment that was the prelude of a great friendship made of fishing, fish, seas and projects. michele also forged one knife without the wooden handle expressly for the nautical use, in an unusual material for him, stainless steel. an object of pure metal, with a straight handle and a slight curve that separates it from the blade. a knife protected by an extremely rare fish skin. suited for the storms, both of the external world and inside our souls.