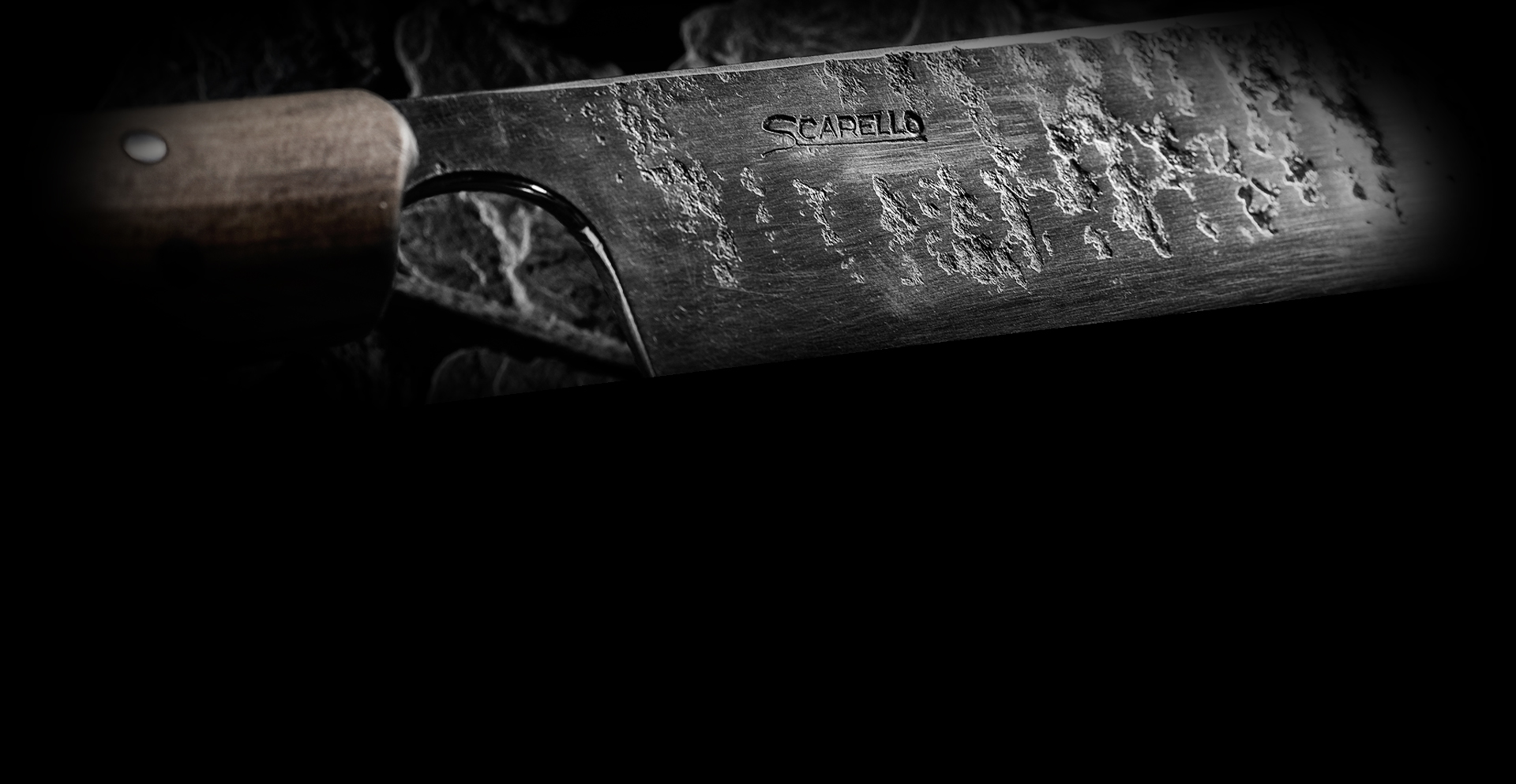 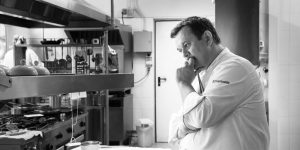 a kissed rhyme: the simplest and most ancient game of words that contains a certain amount of intimacy even in its definition. the words, the kiss and the knife. the construction of a thought, the gesture and the project come out of these small expressive mechanisms, so common that they seem obvious. ordinary.
yet, if we take something normal and set it at full power, it can become a reference system where the extraordinary is at home, and at hand. while observing emanuele scarello at work, tasting his dishes, studying his gestures, i realized that this was precisely the fulcrum of my research. and i could set to work to transform ordinary into extraordinary.

emanuele scarello’s cuisine does not ignore technique: he knows it, he uses it and, when it’s time, he forgets it. far from the unrealistic ostentations, he seeks daily taste in the proximity, and the projection of surprise while respecting ingredients.
the knife assumes the personality of its owner. it caresses the raw material without violating them, it divides the parts, transforming the cut into a simple, momentary separation. just as when an experience becomes memory, but continues to be part of us. scarello’s gesture is quick, the movement is simple, as well as his way of being and perceiving the art of cooking: without frills but with all the details in their place.
i thought: ordinary and extraordinary. simplicity and detail. i had the solution to get this started

therefore, the design must be regular: but so light that it can become a gust of bora when needed. it must be so simple that it does not arouse any fear in holding it: like a fraternal handshake. every detail is carefully studied, exacerbating the search for perfection. each piece is therefore a masterpiece. a masterpiece as it was intended in the engineering workshops of past decades: unique, different, perfect.
the handle encloses these thoughts in the warmth of its cornel wood: a usual essence in our region – as well as scarello’s cusine remains strongly linked to friulian places and people – which becomes astonishing in the expression of its grains, in the richness of the nuances, in the wonder of its variations.

with the three blades of the scarello knifes series, most of the food preparations can be safely and precisely tackled. this series is made exclusively with an essence of great personality, the cornel wood.

blade with lines inspired by italian tradition. characterized by an elegant tip and its width suggests its use in many situations. it is robust and balanced, comfortable in everyday life, at ease on the cutting board.

a thin but rigid blade that combines versatility and precision. for long and precise cuts, but also for ham.

the smallest of the blades, very useful in scarello’s kitchen. careful and defined in the measure: it offers a clear and minimal cut, able to work accurately even in tight spaces. fast and easy to handle.