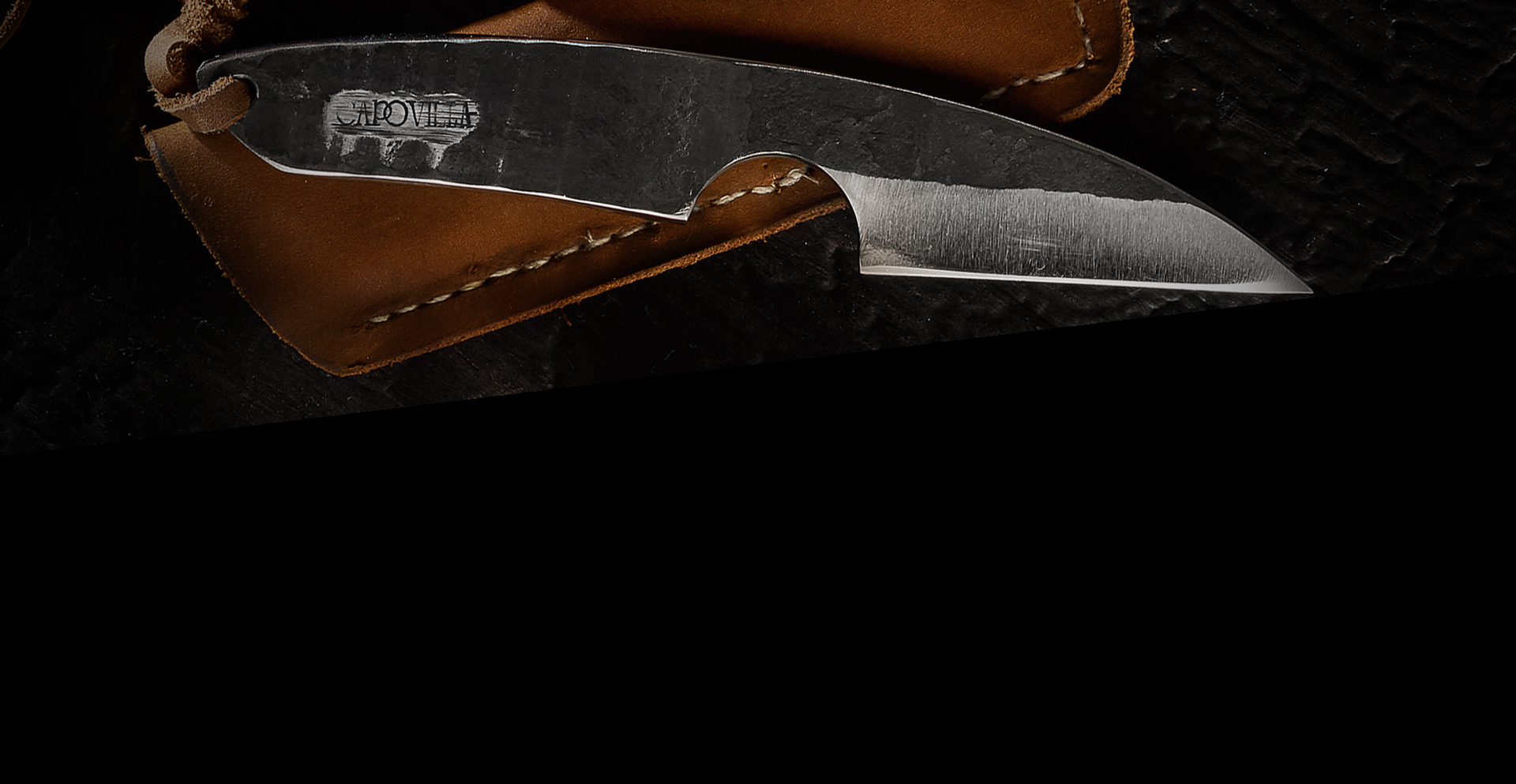 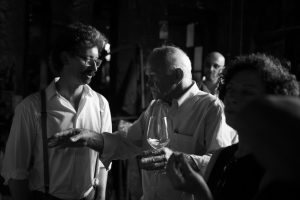 According to Vittorio Capovilla, distilling is like extracting the soul of fruit. His bottle is a precious container, the wooden cap is reinforced by a double twine loop and the sealing wax is painted with a shade that reminds the “taste” inside. In need of the perfect knife to cut off that twine, here came Michele Massaro”.

The temperature was below zero that night. The road creaked under my steps through the freshly plowed fields, my feet speeding to run away from the cold. Everything was sleepy. Silence absorbed every sound but a small bell coming with the wind and a dog barking far away. I entered the distillery where the latest cotta of the year were in the making. The coziness of the heat also mixed up warmth, energy, soul. Every time I cross that gate, the world remains outside and I start to live another era.

Walking around Vittorio Capovilla’s laboratory is like strolling through the sixteenth-century painter Jacopo da Ponte’s atelier. In Capovilla’s (Capo) micro-distillery, time gets another dimension. His vision about fruit is unique. It is a dialogue he started since he was a kid in Crespano del Grappa, where he lived at the foot of the mountain and used to climb the trees to get his afternoon snacks. It’s like he never came down from those trees. He dedicated his whole life to preserve and extract flavours and tastes. Tasting one of his liquors brings back all the feelings the fruit gave in the beginning.

A no-tag transparent bottle underlines the pure essence of his liquors. It is absolute minimalism, nothing more than the essential. The bindello, a seal wrapped in wax, is on the cap and has the identity card of the product handwritten with type, year, liters produced, progressive numbers of the bottles. Two twines hold the cap straight from the sides: to open the bottle you have to fairly cut the twines and save the cap integrity. Only then you can taste the liquor.

Vittorio Capovilla had been looking forward to finding the perfect knife for this operation for years. As soon as he met Michele Massaro, he realized that he had found his man. Capo decided that the Spelucchino, a paring-knife Michele first made for his mother’s daily kitchen routine, was the most appropriate tool for this job. The Spelucchino Capovilla is a limited edition that Vittorio himself donated to the people he thought could be worth of one of his bottles, like an award to recognize who has been close to him during all these years.